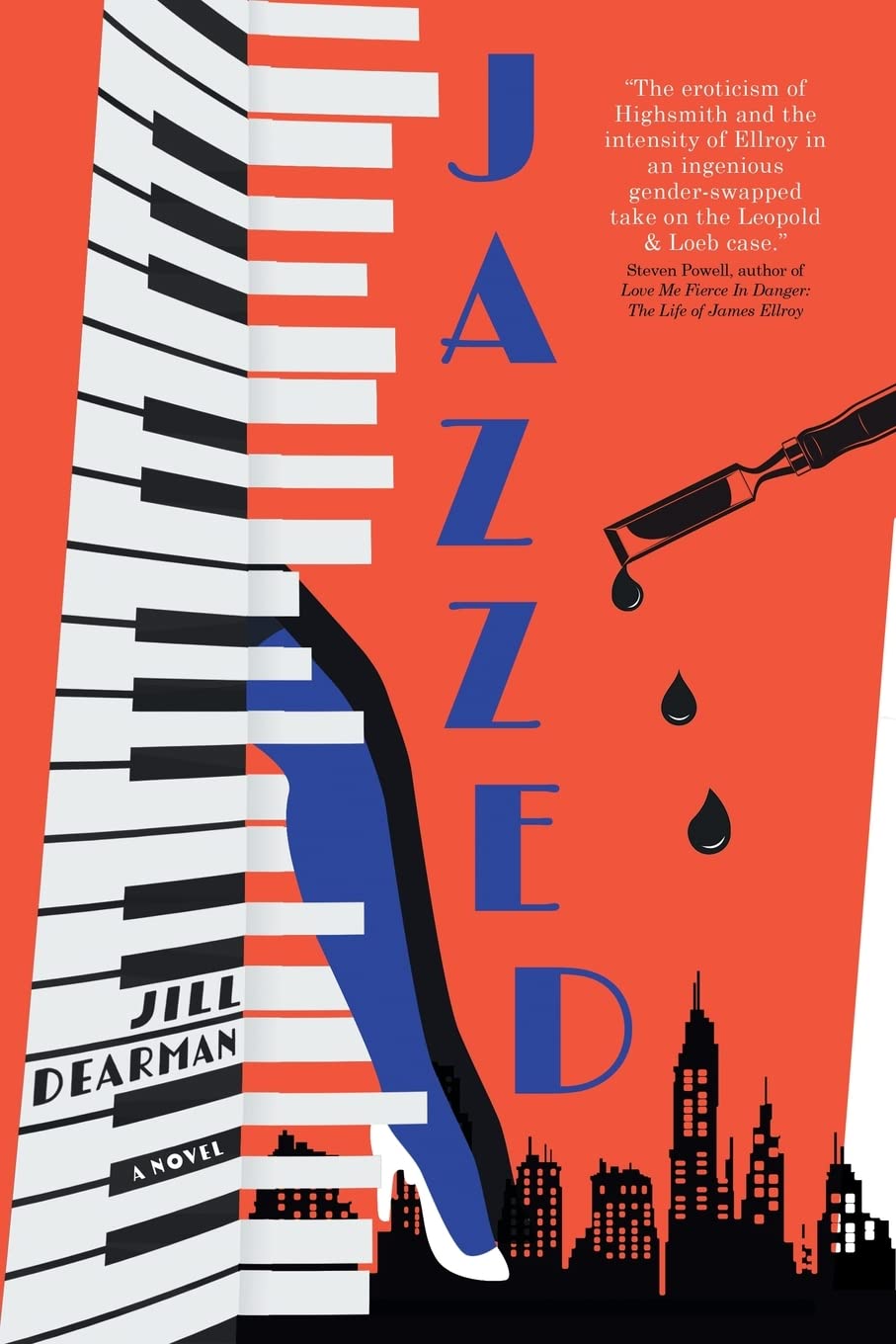 Academic geniuses, Wilhelmina “Will” Reinhardt and Dorothy “Dolly” Raab, become roommates at Barnard in the early 1920s, a time when college for women was a rarity. Socially awkward Will, grieving her mother’s death, is fascinated by Dolly, a beautiful, charming rebel with an insatiable taste for adrenaline. Both musicians, they come alive at Harlem jazz clubs, and Prohibition-era speakeasies. Dazzled by the world they are discovering together, their romance ignites. But while Will is obsessed with Dolly, Dolly is obsessed with crime. The power dynamics keep shifting as Will agrees to commit petty crimes with Dolly in exchange for sexual favors. When the University and their rich families unite to split them up, passions escalate. To strike back at those who deny them the right to be together, they plot another crime: murder. A gender-swapped take on the infamous “Leopold and Loeb” case, JAZZED is part historical fiction, part true crime. Juxtaposing the thrilling scientific breakthroughs in quantum physics and artistic explosion of the Harlem Renaissance with the pseudoscience of eugenics and anti-immigration fervor that also defined the era, the novel mirrors today’s polarized world and moves with the fast-paced rhythm of jazz itself.