DETOUR THROUGH YOUR MIND

If you are paranoid that the one you love is out to get you, and that the Man is never going to let you roam free, sure you may be crazy, but you could also be right. In Detour

Edgar G. Ulmer’s classic 1945 “no budget” b noir, piano player Al Roberts (Tom Neal) has a tale to tell us and it’s not a pretty one – even though a couple of pretty women happen to be involved. They always are. When Al hears that his best gal Sue is leaving the juke joint they work at in New York City, to try her luck in Hollywoodland, well – he’s bummed. Having no dough, he hitches a ride, and has the bad luck to be picked up on the dry roads of Arizona by bookie Charles Haskell, Jr. (Edmund MacDonald) If this is already starting to sound like the week you’re having, join the club, bub.

Haskell has the audacity to drop dead after Al offers to drive, so the crooked creep can doze. In a helluva jam, he’s got to think fast, and he does okay, even though the rain is pouring down hard on his hat. It always is. And though he’s putting some good mileage between himself and the law, he makes the mistake of picking up a hitchhiker named Vera (Ann Savage), who happened to have been picked up by Haskell earlier, putting her in a prime position to blackmail the poor dupe of a piano player.

There are so many twists and turns on this road, that even sharing the above plot points won’t but half give away what happens in this tale of woe.

Ulmer has given us a feature film short enough for the 21st Century attention span. In 68 minutes one man’s whole life goes wrong. The relate-ability of Detour rests in the fact that we can put ourselves in the protagonist’s pavement-pounded shoes, and imagine all the mistakes we’ve ever made strung together into one luckless cross country hitch.

WHAT THE NICE GIRL DOESN’T TELL US

I recently read the novel, Detour, upon which the film was based (Author Martin M. Goldsmith co-inked the script), and was surprised to see about a third of the way in that Goldsmith switched points of view from Alexander Roth (Al Roberts’ semitic true self in the novel), to Sue Harvey, his shiksa girlfriend. The first time we get inside her head (each of their POVs are shared in the first person), she’s obsessing over some Hollywood lunkhead named Raoul.

When she finally gets to remembering Al(ex) here are some of her recollections of first noticing him at a chorus rehearsal:

“…he stood up and asked Bellman’s permission to leave the room. He wasn’t trying to be funny, either. He really had to go. Of course everyone laughed and he blushed like a child. Then, when one of the girls offered him her hat, he got so flustered and looked so pathetic up there on the stand, that it went to my heart. I felt like running up and kissing him, the boob.”

If Al(ex) knew how the woman he was risking everything to hitch across the U.S. of A. for was thinking of him, he might’ve stayed home.

I Should’ve Stayed Home an overlooked gem by Horace McCoy better known for They Shoot Horses, Don’t They? also follows the path of performers trying their luck in la-la land – this time during the Great Depression. For noir characters, they might as well stay home, because although they think they have power over their fate, they’re wrong. Maybe because they were born under unlucky stars. Maybe because character is destiny, and they are blind to their own terrible judgment. By the way, I’m writing this missive from inside the walls of St. Quentin.)

So back to Sue and Al(ex). Her first impressions of him are as an emasculated rube who has to ask permission to take a leak. But she makes him her security blanket, and is sure that even if the Raouls and the Hollywood producers of this world won’t worship her, at least her boob of a beau will.

I’m as skittish about the law as the next have-not. But there’s something a lot more personal about the woman you love ruminating about what a neutered pup you are that seems a lot worse than spending your days swinging a sledgehammer on a chain gang. At least with the latter you build some muscle.

Tom Neal, the actor/boxer who played Al Roberts was as noir in real life as he was in reel life. About six years after Detour, Neal made headlines for taking several disfiguring swings at his girlfriend – B Movie actress Barbara Payton’s – actor fiancé Franchot Tone.

Here she is in a rare radio interview a few weeks later promoting her latest flick, Drums in the Deep South:

Neal and Payton couldn’t get enough of each other, but the public could. After the much publicized brawl, they worked together on screen and on stage (the latter in a touring production of The Postman Always Rings Twice!), but couldn’t stir up much interest.

Washed up as an actor, and too old to box, Neal became a landscaper in Palm Springs, CA. He married a receptionist named Gale Bennett, and life seemed sweet. Until one spring day, the police found Neal’s bride sprawled on their couch, covered in a blanket, a fatal bullet in her brain. He claimed it was an accident that occurred during a tiff in which he accused her of sleeping with other men. He served six years for involuntary manslaughter, returned to a peaceful life as a gardener, and died of natural causes.

Dying an average death – this could not have been the way he wanted to go out. 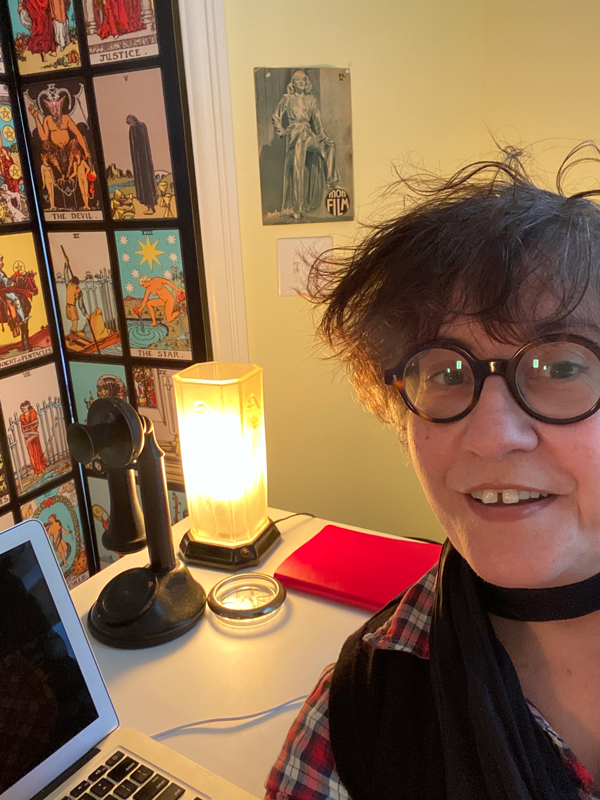